An MFRWAuthor Post- and check out the other posts on the hop!

I don’t do it on purpose. I don’t sit down at the computer and say ‘hmm, what’s the important message of the day and how can I squeeze it into chapter three?” It doesn’t work that way, at least not for me.

The themes and lessons so to speak, that show up in my books are more a reflection of my own deep and fundamental values, things that I feel are important, beliefs that I have that I need my characters to share. These themes vary from book to book, but here are a few that show up time and again, the life lessons that I subconsciously put into my writing because they’re so important to me I don’t even have to think about them.

Value Yourself and Surround Yourself With People Who Value You:  This is a pretty solid theme of most romance, but that’s because it’s important. Many of my stories involve heroines or heroes grappling with an unfaithful ex-lover. Though their friends and family tell them they’re worth more, these characters must come to terms with their own value before they can move on to find new and lasting love.

Go at Your Own Pace: I’m at the point in my life when many of my friends and acquaintances are getting married and having children. To me, it’s still too early.

Listening to all the voices that tell you what you’re supposed to do and the way you’re supposed to behave is a surefire way to be unhappy. My heroines often learn how to do things at the rate that they want to do them at, and not because that’s what’s expected of them. 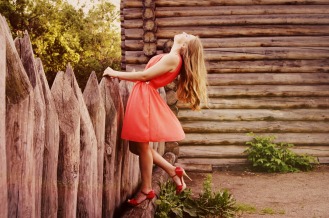 Trust Your Intuition: Our little sensors, the ones that make our guts clench or shoulders tighten, they’re there for a reason, reminders of an ancient time when survival was only a matter of the physical and not the emotional or spiritual.

It’s not always easy to do that thing your instinct is telling you, but eventually, my heroines learn to trust their guts and—far more important—themselves. We very often listen to everyone around us, when we’re the experts on our own lives.

Be Your True Self: In the first book in my Triple Diamond series, The Lovin’ Is Easy, my heroine Madison thinks she’s in her dream job, and can’t fathom the idea of leaving it. But when her circumstances begin to change, she realizes that maybe she isn’t being honest with herself and when she finally faces that difficult truth, happiness isn’t far behind. It could be a career choice, like Madison, a sexual desire, like Isabelle in my coming re-release, Seduction En Pointe, a relationship change or any matter of things, but listening to that voice, though not always easy, is fundamental.

We Change and That’s Okay: In one of my stories, two characters reconnect after ten years and are, obviously, very much changed from the children they had once been. It is so important to acknowledge that things we like and the people are will evolve and grow and change and that’s just a part of life and trying to fight it will make you miserable. Instead, enjoy the ride and have fun re-meeting yourself along the way.

None of these are brand new ideas. I’ve learned them from my own experiences and from the books that I’ve read and movies I’ve seen and the lives of the people I love.

But whether romance or mystery, fiction or horror, they are themes that guide our lives. And romance is, at its core, a people, character-driven genre. It only makes sense that lessons in the books are life-learned. We are, after, just human. ♦ 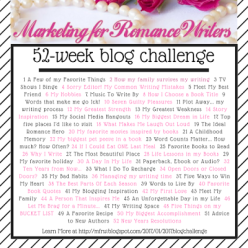