We all have nasty habits. For instance, I’ve been a nailbiter since I was a kid, and though it comes and goes, I still find myself gnawing at my nail beds. Yes, it’s gross. But nail-biting isn’t actually that big a problem, not when it comes to my career. No, there are some much bigger demons to vanquish. Here’s are just a few bad habits that interfere with my work. 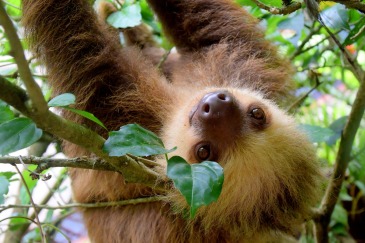 This a sometimes bad habit, but when it’s bad, it’s really bad. It’s almost like I’m trying to make up for lost-procrastinating time by squeezing it all in when I have a really big deadline coming up or edits to work on. Sometimes I’ll clean or read when I procrastinate, but other times I’ll waste six hours on Pinterest and lift my head up from the computer wondering when it got dark.

Oh yeah. The worse the deadline, the more potato chips in my mouth. I’ll wander down to the kitchen, pretending like I’m not going to do anything stupid, and next thing I know I have a full block of cheese and six marshmallows in my mouth. It’s not the cute kind of I’m so stressed, let’s binge, eating either. It’s disturbing to watch.

I Get Into Research Black Holes

While some writers push the research element to either the beginning or end of their story, I like to know the details as I go. That’s all well and good, until you go back online in search of a fundamental element from a story, and end up on a Wikipedia page about conspiracy theories or the Isabella Stewart Gardner art heist. I’ve learned a lot of things when I should have been writing.

The social media is all-consuming. Why the hell should I write a book, when I could tweet about writing a book, isn’t that better? And let me get the perfect angle on my computer to show just how dedicated I am to completing my task. Oh yes. So dedicated.

I Start Planning or Writing Other Books

The grass is alway greener, or rather, page is always brighter on the other side. Especially when one book has an insane deadline and the other is the third in a series that still hasn’t been contracted. Which do you think takes priority? It’s no secret that our stories bug us until they’re written, but I need to find some way to keep from giving in. 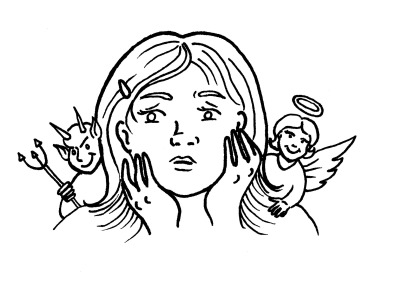 One of the biggest challenges of being a writer, of ever finding a way to get any write done, instead of just tweeted about, is learning these weakness, these nasty little habits, and finding a way to work around them. For instance, I put my phone on Do Not Disturb and turn my WiFi off until completely necessary. As for the rest, well, I’ll figure that out right after I go grab a quick snack. ♦