What’s the Point (of View)? 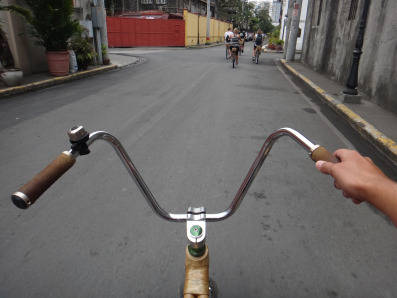 An MFRW Author Post — And check out the others on the hop!

Have you ever read a book in second person? Probably not right? There’s a good reason for that. Second person is jarring and difficult to pull off, and for most people, it’s a temporary sort of deal. Like, maybe a short story, but much more than that passes the threshold of second person on a good day. Why? Why is second person such a struggle to read an enjoy? Let’s delve a little into point of view choice between first, second and third, and see what influencers, challenges, and story elements will help us make our decisions about which to use.

First, the basics. What are the three point of views?

First – I. I went to the store and bought chocolate cookies.

Second – you. You went to the store and bought chocolate cookies.

Third – He/She/They/Name. He went to the store and bought chocolate cookies.

Now, within each of these point of views, there’s room for variety, third person especially. Third person can be done close up, with a lot of deep point of view and little to no head-hopping, (knowing something the character shouldn’t know) or perspective changes. It can also work as something much more distant, with the author moving all the pieces around and the reader having access to information that their hero or POV character wouldn’t know. Within each of these perspectives, there are many various elements and levels, but that’s not what we’re focusing on right now. Right now, we want to know why an author might use one of the three above perspectives.

Most books are in third person. Third person is comfortable and reads easily. It’s my personal favorite to read and write, and I honestly believe it’s the hardest to mess up. The most important thing to keep in mind with third person is that you have to maintain a consistent distance, whether that’s very close or very far away, it must remain the same. This means remembering the kind of information your character would or would not know, making sure the deep point of view is level, and not jumping around from one character to the other unless you have set that standard at the beginning of the book.

It’s a good idea to assume that third person is the standard. Of course, there are reasons to avoid third person, but if you don’t have a compelling need to write in either of the other points of view, this is always going to be a good way to go.

So what are the reasons to write in first person?

Well, it’s important to note that if you write in first person, you cannot change points of view, (or, rather, you have to break some rules to change points of view.) If you have no plans of doing that, okay, good start. Another thing to remember when writing in first, is that your deep point of view is going to be both easier and more challenging. How do you describe what your character looks like?

Humans don’t go around thinking about what they look like in fluid, poetic verse. They don’t refer to people as their brother or husband inside their own head. With first person, you have to consciously work around the information that your POV character already knows, weaving it in without too much exposition, in the prose or the dialogue, and without making your character sound vaguely idiotic for consistently repeating themselves.

If this isn’t clear, consider it this way. Would you walk into the kitchen where your family is sitting down to dinner and think: My mother, with her brown, curly hair, sat next to Jack, my brother. The kitchen, in its finery, sparkled around us, as my father lit the candles for his 60th birthday, not that he looked it. I inherited his fine cheekbones and dark hair and….blah, blah, blah. In real life, your thoughts would be, I can’t wait to eat dad’s birthday cake, better get to it before Jack does.

We don’t think in explanatory terms. And when in first person, we have to be very careful about writing in them.

Still, the benefit of first person is that insanely deep point of view. Every single thing the reader reads will be filtered through your character’s mind, thoughts, actions, sensations, we are seeing it through the character, colored by their perceptions and understanding and fears. If you feel that this deeper examination of character is a fundamental element of your book, go for the first person and hit it out of the park. Just be careful.

Okay, so back to second. Honestly, you’ll see second person mostly in informative writing, (just like this), but a lot less in creative or fiction writing. That’s because it can very tedious to write and even more tedious to read. Now, the author has the job of telling the main character the information they should already know for the benefit of the audience and doing it in a way that sounds organic. Try it with me. You pulled your messy brown hair into a bun and stuck a pencil through it, then picked up the phone – your husband. The truth is, that’s not how people think or respond to situations, and if you decide to take on second person, you will struggle with this.

Oh damn, you think, as the subway pulls away without you on it. Your boss would officially kill you this time.

That being said, if you’re looking for a way to challenge your writing chops, this is a good one. Be consistent, interesting and easy to digest, and you might find that second person is the POV for you! (Or you might realize just how much of a pain it can be to write!)

These are, of course, very broad strokes. Perspective often falls into place organically through the outlining stage, and it’s important to listen to your gut on these things. If it’s saying first, or even second, don’t ignore it. Just be careful and watch your step. In the end, it’s your book and you will always know what’s best for it.

She wishes you happy writing!

You wish your readers happy writing? (I can’t keep up anymore…) ♦