The Winner Takes It Null 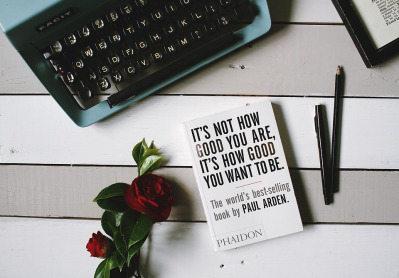 And now I’m going to have ABBA stuck in my head for the rest of my given days. (But you will too, so ha!)

Contests are a funny thing. Unlike the traditional route to the publisher, you’re not set against a certain standard or the editor’s discretion. You’re competing against the other authors who have entered, which might be a very good thing or a very scary one. To start, side-by-side comparisons tend to put each specimen under a harsher light, but the other side of that is, if your competition is bad, you may win by default.

Recently, I won a contest.

It was a big contest too. There was pomp and circumstance and flowers and a big prize package to work with a self-publishing house. My first instinct was this is amazing. My second instinct was, what did I just get myself into.

I’ve been in this industry for over four years. In that time, I’ve had two presses shut down and one press change management, all to the great detriment of their authors and artists. I have fallen short in the self-publishing industry and worked with professional marketers, publishers, editors and artists, and some not-so-professional versions of each of them too. I have studied Writer Beware and Preditors and Editors, and I have learned to always, always check a place’s reputation, because someone else’s unfortunate story, may be enough to prevent mine.

And so, when this super duper awesome prize package was offered to me by Company A, I was a little skeptical. Enough to start digging around.

And I didn’t find anything. Anything recent, at least. There was an article from about four years back, warning people off the company, but nothing since – not a good sign. So I asked friends, I asked chapter mates, I dug into the industry to see if I was missing something. I had a gut feeling ™ and I wanted to figure out why.

So I spoke on the phone with the company, and the more we connected, the more I began to feel like their priorities were slightly misaligned. It’s one thing to hear you have a good book, a winning book, but it’s another thing for the company to repeat that it’s so good, it doesn’t even need editing, several times in a half hour phone call. By the time the call ended, I had practically made my mind up. I knew the company was more interested in hooking me for book one and then having me to return to pay for packages to produce the others in the series than they were for helping me produce the best book possible.

Recently, a chapter mate sent around a newly published blog on how Company A has predatory business practices and wants nothing more than to take money from naive authors. I will admit, I felt just a little bit of pride in knowing I had gotten the right read and trusted my instinct.

Winners go live on Wednesday and I’ve already planned a night in with Carvel and Amanda Bynes movies. The potential is great, but so is the disappointment.

Still, after my experience with Company A, I can say that I’ve learned contests aren’t the be-all and end-all. The more they try to court you, the warier you should be, and if it all goes to hell in a handbasket, always trust your gut instinct. My last contest didn’t work out so hot and I have major high hopes for the next one. (Probably too high!) My RITAs scores have been all over the place, as have the scores from a few other contests I’ve entered, some great, some…not great. But I’ll survive. Hell, I survived the last contest I entered. ♦