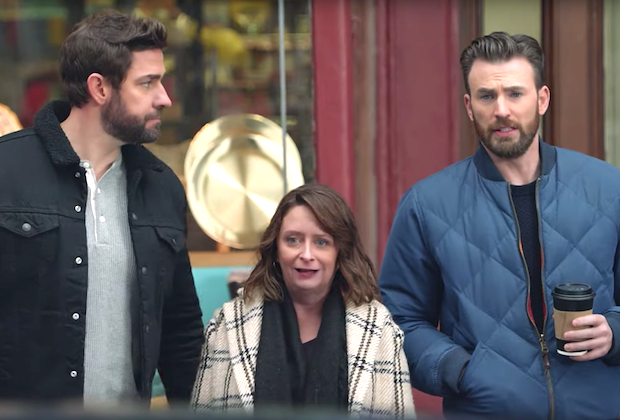 An MFRW Author Post — and check out the other blogs on the hop!

I don’t usually watch sports. When you come from a car family, you go to car shows on the weekend, rather than sporting events, and since my home state of New Jersey has exactly one professional sports team (the Devils), I wasn’t likely to pick it up outside of the home in my formative years. That said, the Super Bowl comes with its own kind of energy that extends beyond sporting to something else entirely. And while I didn’t watch it in its entirety, I certainly enjoyed several forms of cheese, asked my patient boyfriend questions about the rules, called an off-sides play, and watched the commercials.

While I’m no closer to buying a Hyundai than I was a week ago, my respect for the brand has certainly improved, given their Super Bowl ad, which I’ve watched no less than five times. I went to college in Boston, and while the accent is undoubtedly used to comedic point in films, ads, and television shows, there is a great amount of truth to the commercial featuring Chris Evans, Rachel Dratch, and John Krasinski.

The whole commercial played out like an inside joke, with the three Massachusetts natives saying the words “smaht pak” (Smart Park) over and over, as they discuss the new Hyundai. (Which, incidentally, is still in Beta phase, as a co-worker pointed out to me. I was too focused on the whole smaht pak thing.) There are call outs to known spots in and around the city Dorchesta, Fauxborough, the Gaaden, to which John Krasnsinki always replies paked it and then paked it and then unpaked it. They use the word “Wicked” unironically, and David Ortiz, “Big Papi”, of the Red Sox makes a surprise appearance. (With a very contrived Boston accent, no less.)

Watching this commercial with my Boston-born boyfriend was the best part. But even though I found the commercial hilarious, I also think there’s a lot to be learned from it too. As writers, we strive to create those connections with our readers, blurring the lines between what we know to be true and what we know to be fiction. Do Rachel Dratch, Chris Evans, and John Krasinski hang out and chat on the sidewalk between Chinatown and Southie? (Boyfriend did some investigating on that point). No, likely not. And even if they do, it’s probably not to discuss parking techniques.

But for anyone who knows Boston, who knows that none of those actors has a Boston accent (Steve Rogers is from Brooklyn, Jim Halpert is considered to be from the Scranton area), who appreciates the in-jokes and the wink-winks, nudge-nudges, it’s funny. And it makes us feel like we’re in on the joke.